The Good, The Bad & The Verdict: The Lego Movie 2: The Second Part 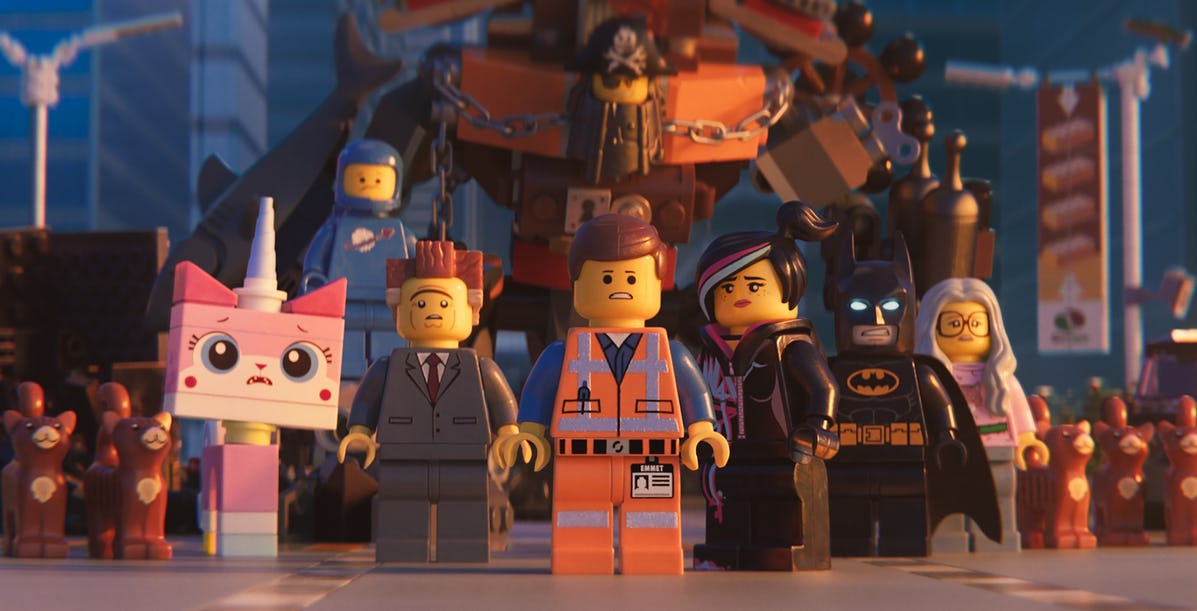 This past Friday, I nearly did something I have never done before dear reader, I, Evan James Pretzer, just about walked out of a movie I was watching in a theater.

The film was, as is titled above, The Lego Movie 2: The Second Part. A 2019 sequel to the 2014 original, the film picks back up on the life of Emmet Brickowski (Likely Homophobic and Adulterous Chris Pratt) and follows him once more as people dismiss his talents and he goes on a journey to save his friends, the universe and learn a thing or two about himself along the way.

Did I just describe the first film? If you are thinking “yes, yes you did you large-headed, self-loathing prick”, you are not wrong. Though the movie is good, there is nothing new here. Absent some new locales, it is the same concept and tale as the first one was.

Once more, Lord and Miller return to do the screenplay. There are smart jokes, digs at various Warner Bros. franchises and moments for various characters to shine. It has similar surprises to the first film and hits the same beats, while that is good, it is also a problem. Really what you have here is a 1.5+ hour commercial for new play sets.

And that commercial has got to be one of the signs of how a culture dies. Remember when movies did different things in future installments? Batman Begins had some globe-trotting in it and The Dark Knight was a tale seen as an allegory by some for the failed War on Terrorism. This movie is an ouroboros. Devouring its past installments to feed new ones and, in the process, dying off.

So, if you enjoyed the first film, great, fabulous, you do not need to see the new one. If you are a hardcore fan of the Lego Commercial Universe, give it a shot, I guess. It is good, but same. Like déjà vu committed to digital entertainment.